This site uses cookies, if you continue without changing your settings, we'll assume that you are happy to receive all cookies.Click here to learn how to change your cookie settings.

Why electric vehicles are only part of the transport emissions solution 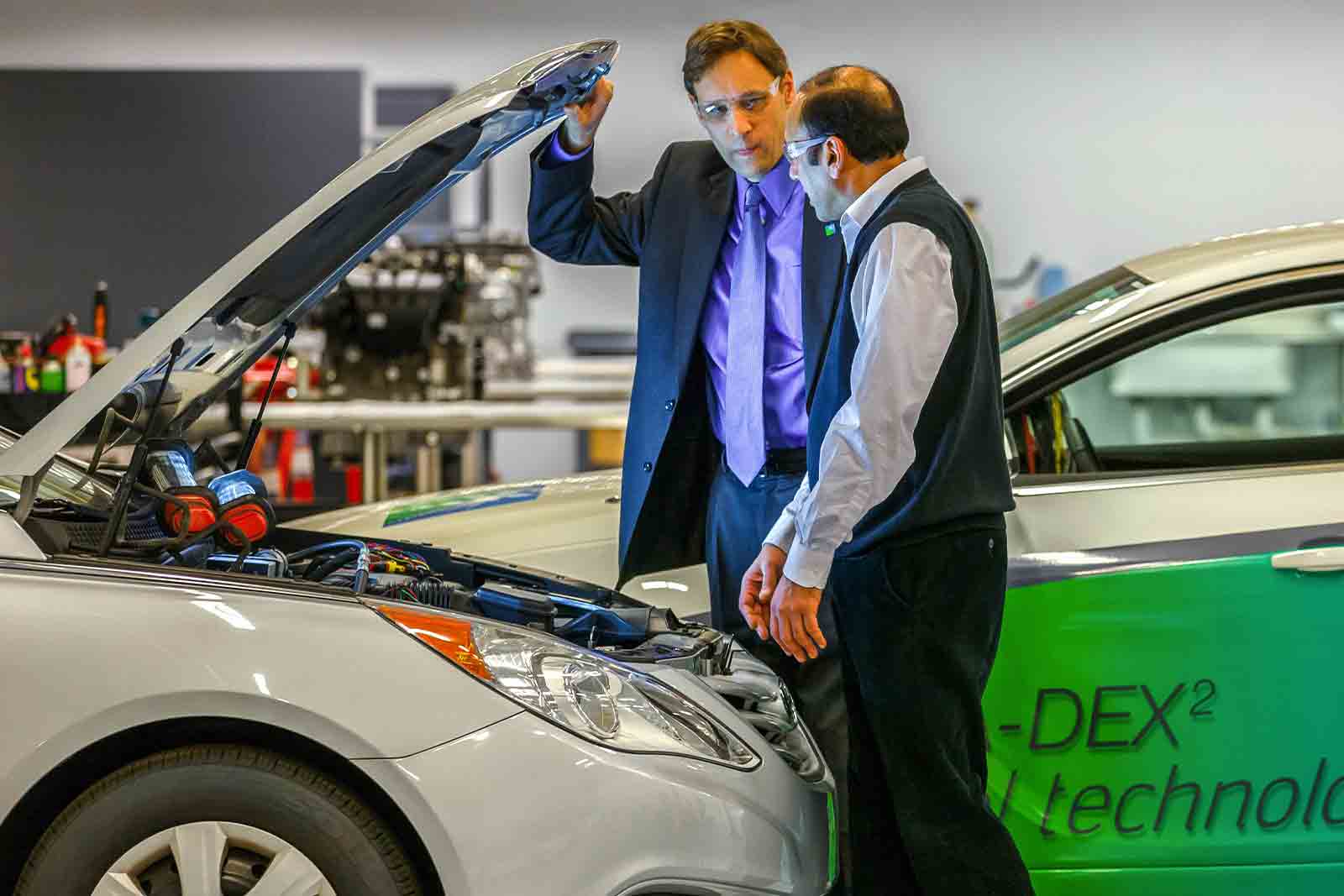 A common belief among many people in advanced economies is that the future of transport lies solely in electric vehicles (EVs).

Yet, of the 1.4 billion vehicles currently on the world’s roads, fewer than one in 100 of them are EVs. Further to this, the total number of cars on the planet is expected to rise to 3.5 billion by 2050, with the vast majority of the increase occurring in the developing world.

Given the immense challenges of infrastructure, and the sprawling, largely rural geography of key markets such as India and China, electric vehicles are neither a quick nor an easily affordable solution for everyone. That is why the internal combustion engine (ICE) may have a substantial role to play for decades to come.

In this context, a recent study by the International Energy Agency (IEA) makes for particularly interesting reading. The IEA report – Fuel Economy in Major Car Markets – finds that improvements to the fuel economy of cars and other light-duty vehicles have noticeably slowed in recent years.

After improving by an average of 1.7 per cent per year for more than a decade, fuel economy gained just 0.2 per cent in advanced economies between 2015 and 2017. No fewer than 27 countries, including Sweden, Canada and the United Kingdom, saw their fleet fuel economy either stagnate or worsen.

John Cooper is Director General of Concawe, an organisation funded by the European oil industry to monitor the health, safety and environmental performance of the oil refining industry. He observes: “EVs have an important role to play going forward but when assessing the carbon footprint of a vehicle, you have to take into consideration the energy used in manufacturing.

“For example, around seven tons of CO2 is produced in making a Volkswagen Golf. For an equivalent EV, like the Nissan Leaf, that is doubled to 14 tons.

“If you can then fuel the car with electricity from renewables then the reduced emissions make up for that. But right now, not many places in the world can meet that demand. Which means the combustion engine is going to be here for a good while yet, so we should be working to make them as efficient as possible.”

This scenario represents a substantial challenge, yet the ground rules are clear. With EVs taking longer than we would like to generate the desired emissions outcome, and with a pressing need for solutions that can be applied at the global level, why not consider innovative technologies already in development which tackle fuel efficiency head-on?

One of the most promising – and intriguing – is the application of diesel technology to gasoline-fuelled cars. Diesel engines are around 20 per cent more efficient than those fuelled by gasoline, in part due to high compression ratios which superheat air in the vehicle’s cylinders, causing the fuel to ignite without spark plugs.

Researchers at Aramco have developed gasoline compression ignition technology which enables a 25-30 per cent reduction in CO2 emissions compared to conventional spark-ignition engines.

With diesel vehicles falling out of favour because of their impact on air quality – they will be banned altogether in the United Kingdom by 2040 – this is a compelling development. 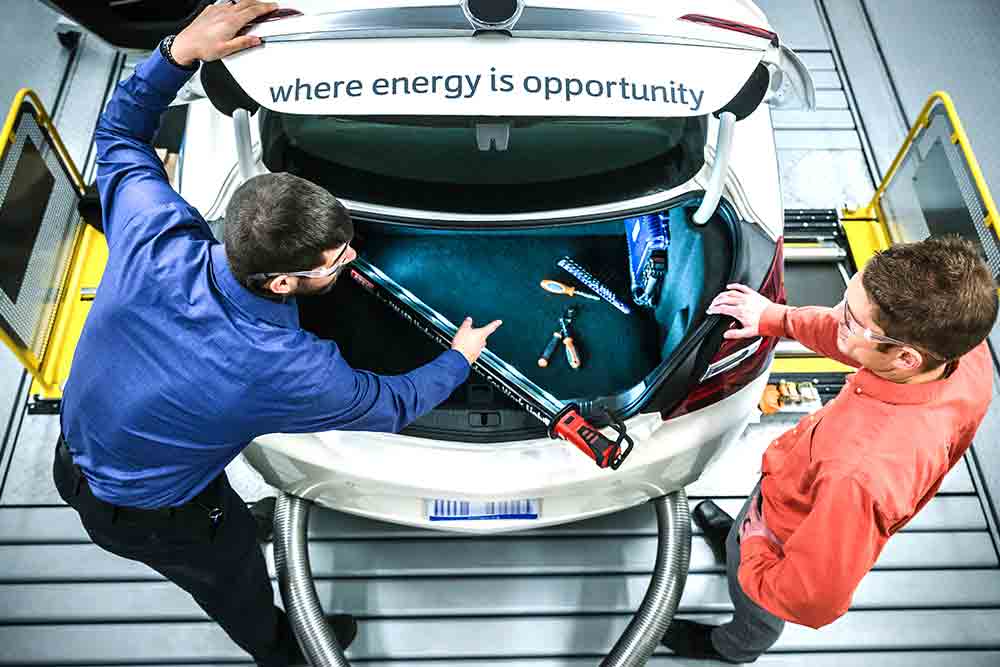 “We believe that ICE-based technologies offer abundant potential to deliver low emission, efficient and affordable solutions (around 50% CO2 avoidance possible), and only a technology-agnostic approach will result in meaningful and sustainable CO2 reductions: we must regulate CO2, not the technology.”

Those technological developments that are already at an advanced stage are impressive in their scope. Beyond gasoline compression ignition, some of the most compelling include opposed-piston (eliminating the conventional cylinder head and valvetrain and hence significantly reducing heat loss and friction), turbulent jet ignition (replacing the point ignition source generated by a spark plug with a wide distribution of ignition sources to enhance combustion) and on-board carbon capture technology which promises north of 40% CO2 reduction.

“If you take opposed-piston engines, for example, the design allows you to double or quadruple the power density of an engine, while delivering tangible CO2 reductions when compared to conventional technologies,” adds Amer. “Our global team is working with leading automakers and technology developers to catalyze the development of such efficient ICE concepts, low-emission technologies and hybridization solutions.

“Together, we can achieve the technology breakthroughs that will enable a new era in transport.”

Rather than relying on a single solution, the answer may therefore lie in harnessing a broad range of technologies that can deliver transport emissions reductions. Whilst the industry is in a good place in terms of the technology, experts say the elephant in the room in terms of pushing this forward is government policy and regulation. With the global policy landscape currently driving a scenario in which EVs are a priority, any investment in ICE technology is immediately swimming against the current.

As John Cooper of Concawe puts it: “There will likely be a billion internal combustion engines in the world in 2040 and it would be very good if they were based on the very efficient, clean technology which is being developed in Europe now.

“The concern that we have is that if the European industry is pushed to switch entirely to electric production, for a long time those vehicles will only go to Western markets with heavy regulation. Meanwhile the developing world will carry on with the internal combustion engine, equipped with lesser technology.” 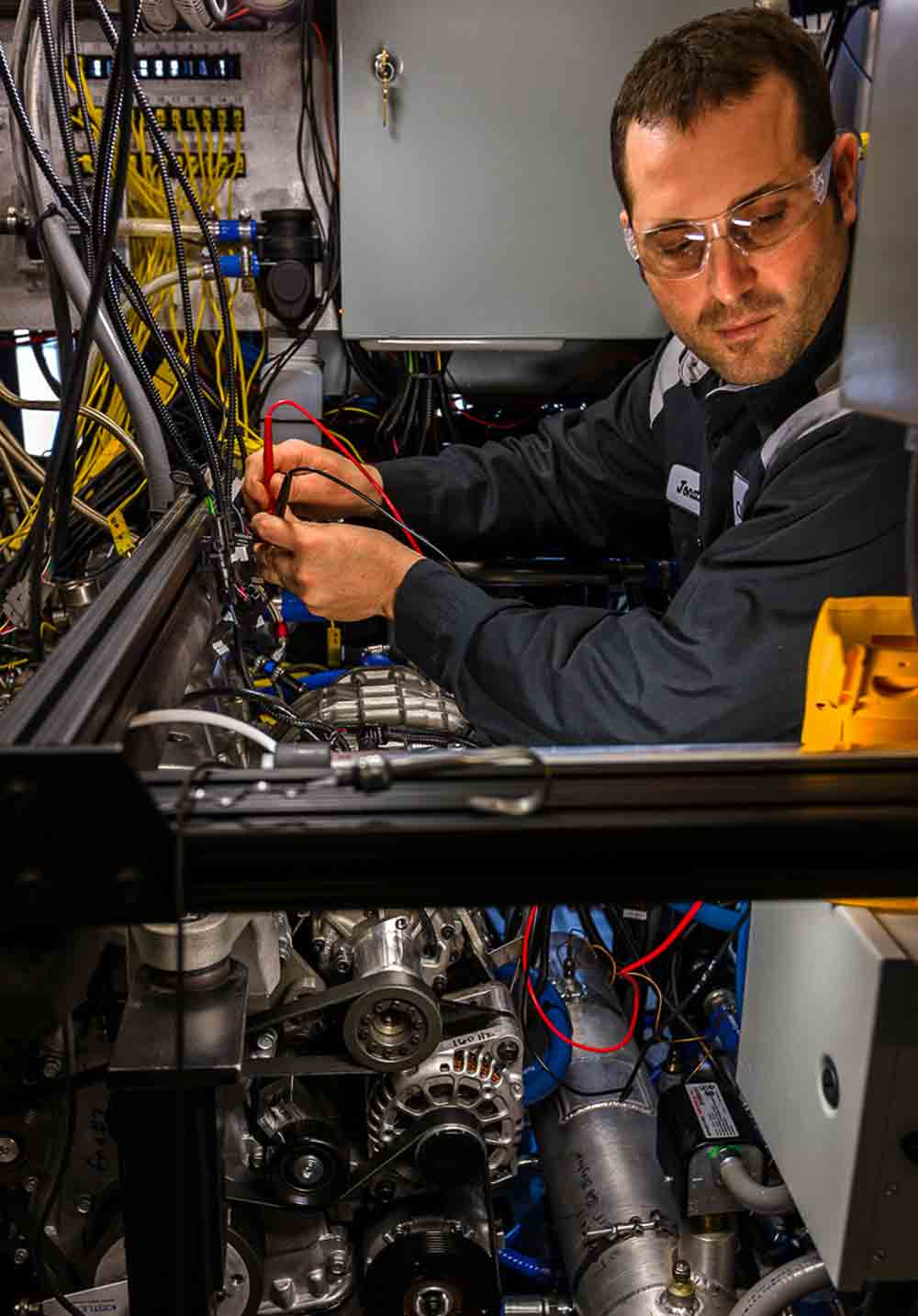 Yet the tide may be turning, with a growing body of opinion that, for the medium term at least, it makes far more sense to invest in hybrid vehicle technology than out-and-out EVs.

Gerald Killmann, Vice President of Research and Development for Toyota Europe, revealed at the Geneva Motor Show 2019 that his company is moving in this direction.

According to Killmann, Toyota's battery manufacturing capacity is currently 28,000 units per year if the cells are required to power EVs. But if they were used in hybrids alongside an ICE, Toyota could produce 1.5 million vehicles in the same time frame.

The logic being that replacing 1.5 million ICE cars with hybrids would lead to a far lower carbon footprint than swapping out 28,000 for EVs.

“There is far too much black and white thinking - that EVs are the good guys and the combustion engine is the bad boy,” says Killman. “We are focusing on the highly electrified combustion engine, which has huge performance benefits and is available immediately.

“The focus must be on how can we optimise the whole powertrain? Both the electric and the combustion engine, working together for better overall system efficiency. It’s all interlinked because they don't operate separately.”

Such an approach represents a fundamental change of mindset from the mainstream view, and as such is a microcosm of the larger ICE conundrum facing the world today.

Technologies shaping the future of transport

Lower-carbon transport in the fast lane

The 4IR technologies that can help reduce energy emissions

Why energy companies must embrace the fourth industrial revolution

Investing in Saudi Arabia’s own potential

How energy parks will power the economy of the future

Why an inclusive energy industry is good for business

Beyond oil & gas: why Non-Metallics are the future

How VR is helping train the next generation of energy engineers

New developments in hydrocarbons will shape the cities of the future

The race for industry-leading efficiency

It’s urban life, Jim, but not as we know it

The science of emission reduction

The Evolution of Oil