This site uses cookies, if you continue without changing your settings, we'll assume that you are happy to receive all cookies.Click here to learn how to change your cookie settings.

Why an inclusive energy industry is good for business 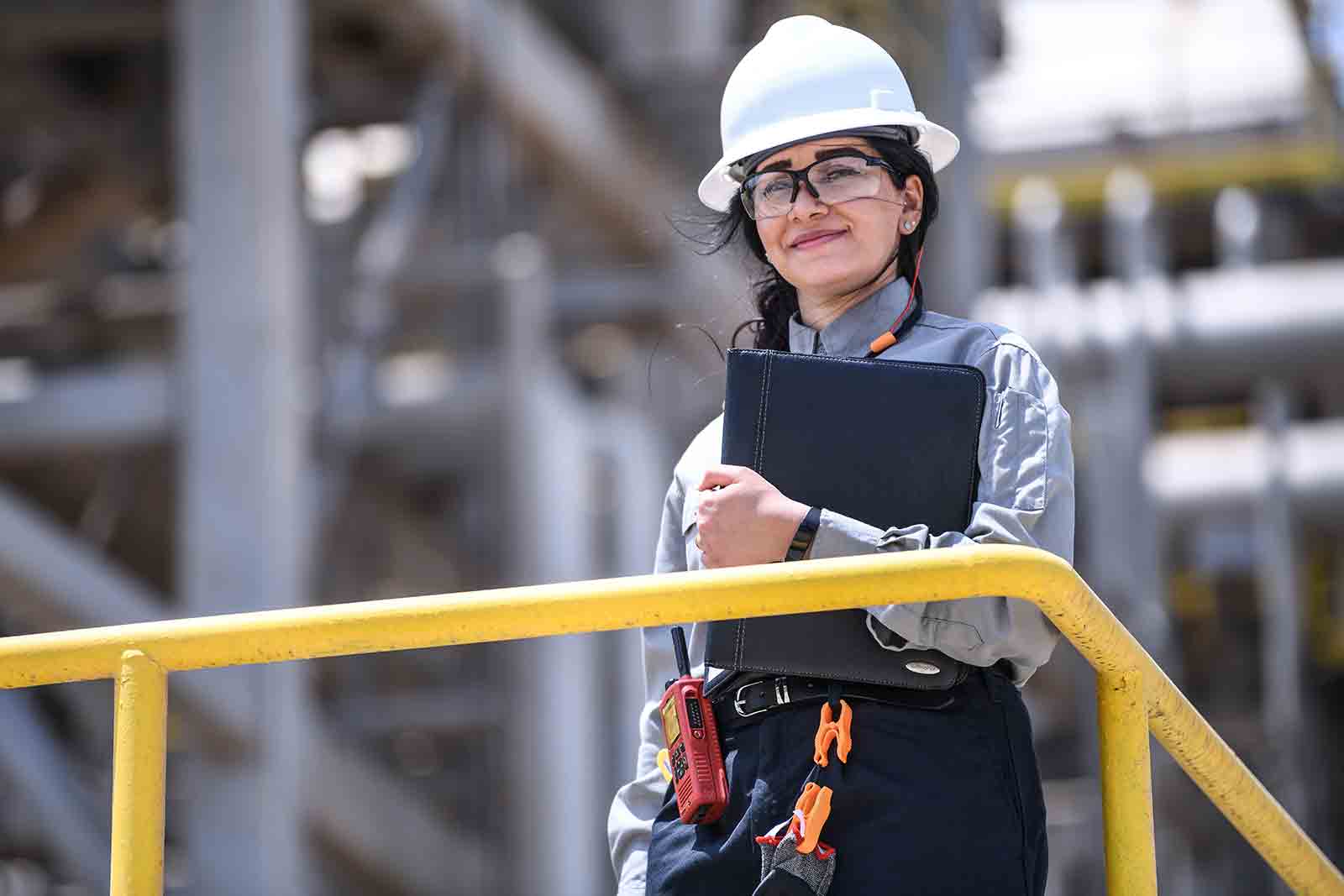 The traditionally male-dominated energy industry could emerge as an unlikely vehicle for gender equality in the future. According to research by Catalyst, women account for just 22 per cent of the global oil and gas workforce, and make up only 17 per cent of senior roles in the sector. Yet there is a growing awareness of the positive contributions female employees make within the industry.

McKinsey research has shown that companies in the top quartile for women leaders are 25 per cent more likely to have financial returns above the industry average. However, this is only one of the reasons that companies are embracing a more inclusive approach.

“Being inclusive in the workplace is the right thing to do,” says Halah Albetairi, head of diversity and inclusion at Aramco. “But much more than that, there is a solid business case for being more inclusive of women, persons with disabilities and minority groups. Multiple studies across industries and around the globe have shown that more diverse companies perform better.”

Companies recognise that change must happen, but the challenge can be how to effect this transition. Katie Mehnert, Chief Executive Officer of Houston-based Ally Energy, says it is up to the industry itself. She should know – after all, she is among only 1 per cent of female CEOs in the energy sector. The challenge is not only convincing employers, but employees themselves. She and her colleagues hope to persuade more women to embrace careers in science, technology, engineering and mathematics – the STEM subjects – with a focus on the energy sector in particular.

“Companies need to invest in engagement, and there are no overnight solutions,” says Mehnert. “We need to be assertive and forward-thinking in how we reach women of all ages, and engage with them in various ways – in person, online, in schools and in other places they connect.”

Aramco is one example of a leading energy sector employer determined to persuade more women to take up STEM careers. A crucial element in establishing this pipeline for the future is the company’s student sponsorship programme, which covers the cost of studying at some of the world’s leading universities, and aims to offer at least half the places available to women. Aramco is also a founding stakeholder of the Leading National Academy, the first female training centre in Saudi Arabia to prepare women for technical roles in fields such as electrical, supply chain, safety and quality control.

The focus should not be solely on recruiting graduates, argues Faisal Al Hajji, Aramco’s Executive Director of Human Resources. It is also crucial to prove that the industry can retain women who want to build successful and enduring careers. That requires energy businesses to celebrate the achievements of senior women in the industry and to highlight inspiring examples of women making it to the top in the oil and gas sector specifically. 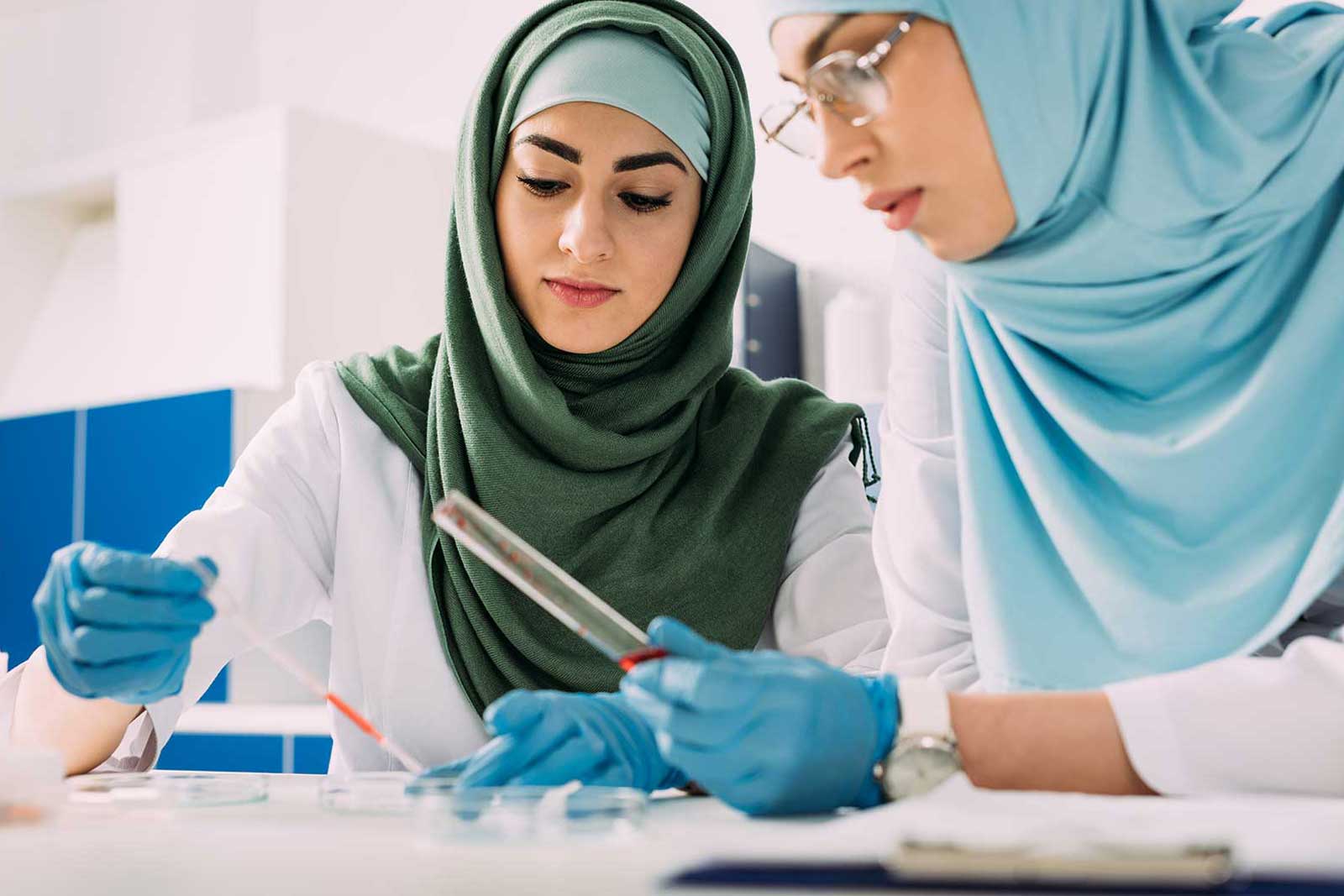 “There are many examples of women excelling in this field at Aramco, including Ranya AlGeer, the first Saudi female geochemist by training and degree, and the first female to lead operations in an upstream research unit. Another example, at our Ras Tanura refinery, is Fai Aldossary, the company’s first female foreman at an industrial facility.”

Across the broader sector, the key is to change the perception that energy is both male-dominated and male-focused, says Mehnert. “The industry needs to lead through digital communities with social media influencers to reach unique populations, as well as policymakers, academia and the traditional media. Alongside organisations that have amassed the audiences we need to reach with STEM messages, the media will play a huge role in shaping beliefs and ultimately driving change.”

There remains plenty of work to do. Erin Twamley, a former educator at the US Department of Energy, points out that more than three quarters of girls in US high schools are interested in STEM subjects, however the pursuit of further education and careers in STEM is far lower.

“Girls are interested in problem solving, learning and asking questions, all so important to STEM,” she says. “But we aren't helping girls make connections with the impact of highly technical STEM areas like computer science, robotics engineering and renewable energy.”

Asked to produce a picture of a scientist, seven in 10 children of both genders will still offer a drawing of a man in a lab coat, Twamley points out. To address this problem, she created the award-winning children's book series ‘Everyday Superheroes’, with Joshua Sneideman, which aims to provide eight to 11-year-olds with stories of real women working in such roles.

The initiative resonates strongly with Saudi-based Albetairi. She refers to the Aramco STEMania programme in Saudi Arabia’s elementary schools, which helps young girls and their families to learn more about STEM subjects and careers in STEM fields. “The programme has evolved significantly, with the government pursuing similar interventions. I think we will be seeing a larger cultural shift in the Kingdom in this area, and we will continue to support this at Aramco in every way we can. After all, these young women are literally our future.”

Technologies shaping the future of transport

Lower-carbon transport in the fast lane

The 4IR technologies that can help reduce energy emissions

Why energy companies must embrace the fourth industrial revolution

Investing in Saudi Arabia’s own potential

How energy parks will power the economy of the future

Beyond oil & gas: why Non-Metallics are the future

How VR is helping train the next generation of energy engineers

New developments in hydrocarbons will shape the cities of the future

Why electric vehicles are only part of the transport emissions solution

The race for industry-leading efficiency

It’s urban life, Jim, but not as we know it

The science of emission reduction

The Evolution of Oil